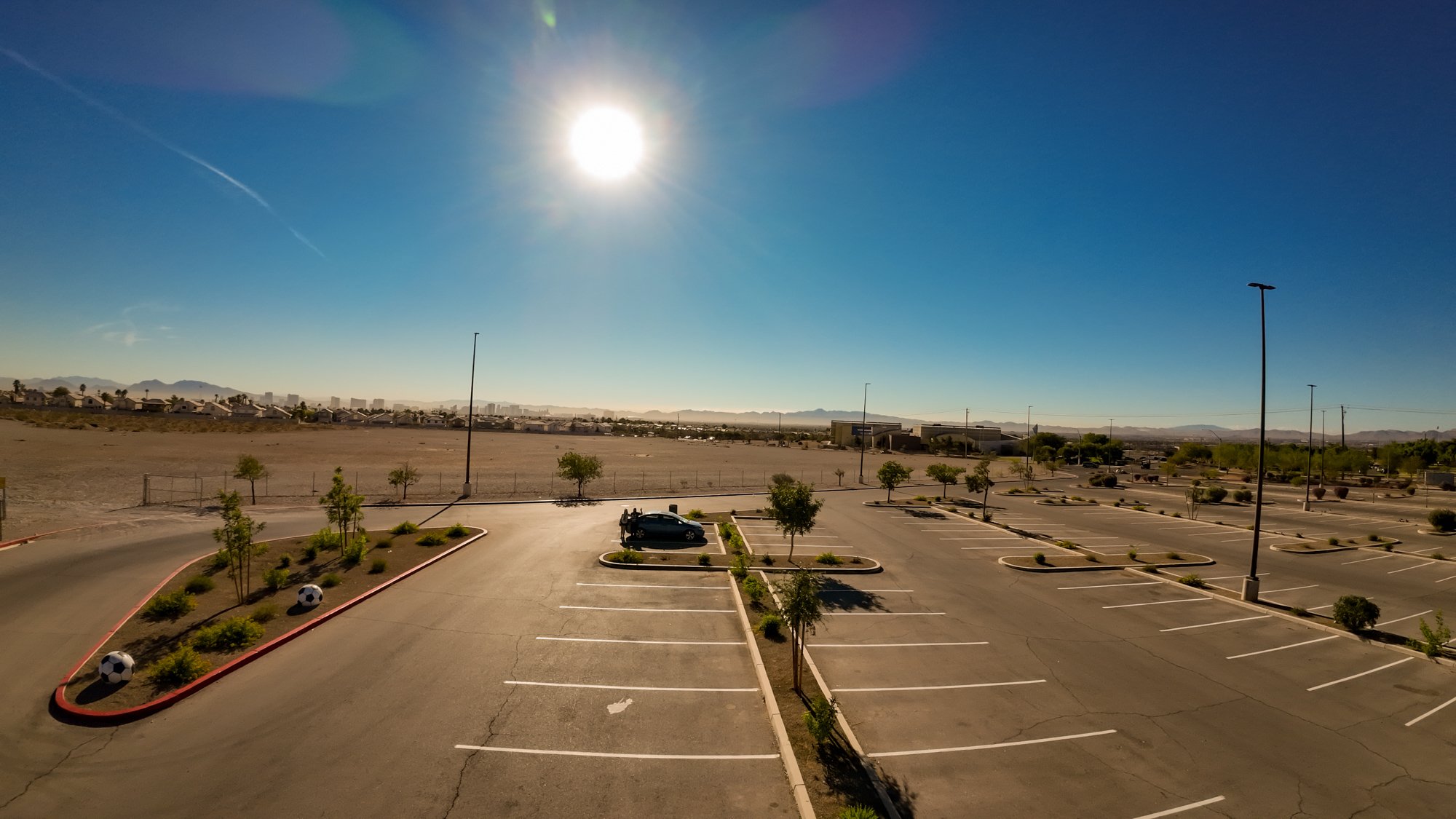 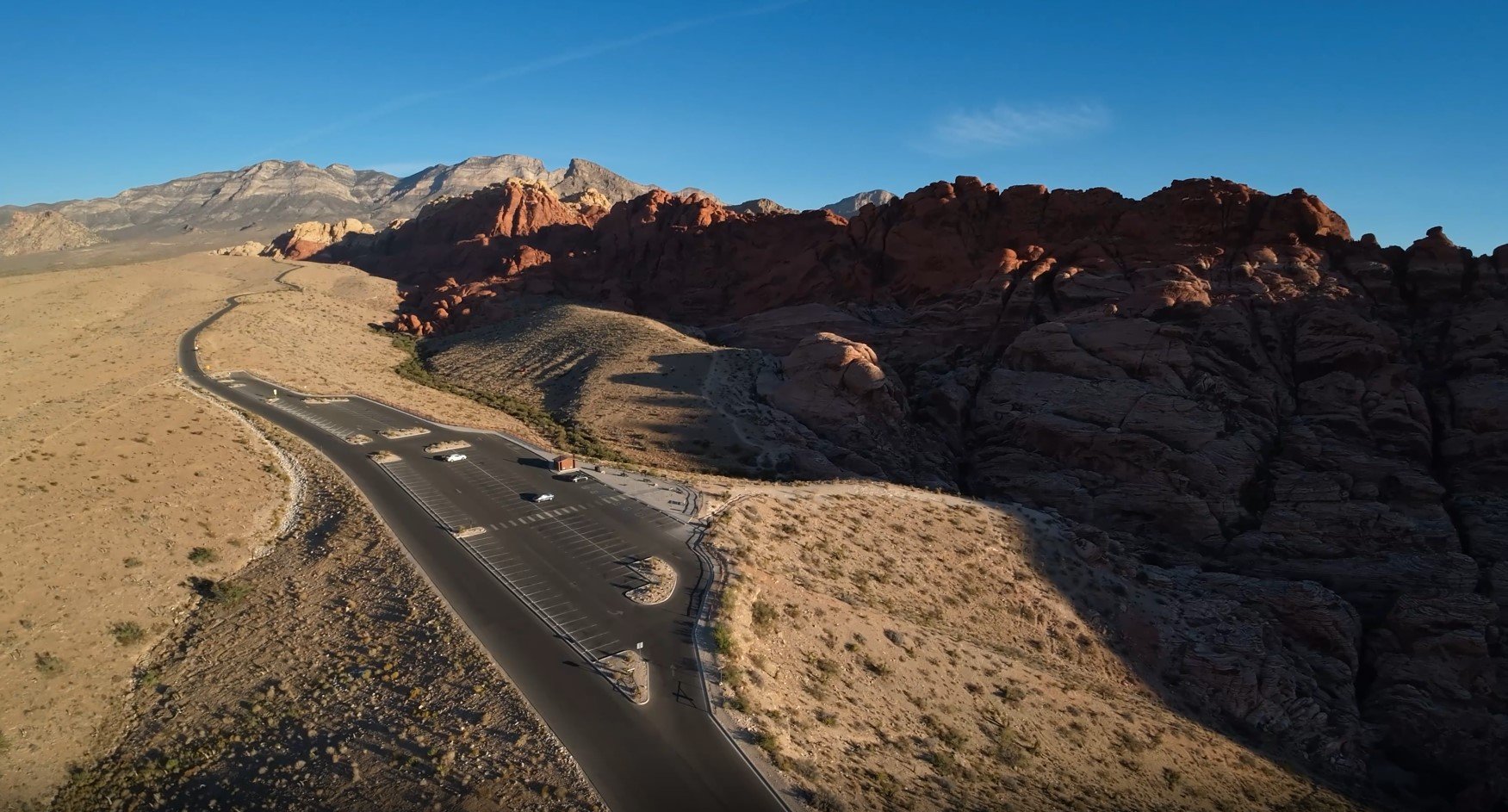 FPV stands for First-Person View. This is a different form of flying drones and capturing footage, because the pilot also uses goggles to see exactly what the drone is seeing, just like they were flying on board the drone.

FPV footage has become a new and engaging type of drone filming, because of how engaging it is. When the drone banks left and right, or up and down, the video footage shows that.

Should YOu have FPV Footage in My Video

FPV footage is very fun to watch, but that doesn’t mean it should be a part of every video.

Here are some of the deliverables that would not benefit from FPV Footage:

Here are some of the deliverables that would benefit from FPV Footage:

FPV drones and FPV footage is such a new thing, and we are still learning like everyone else. Like anything, it is simply another tool that can be used to tell the story you want to tell. If you want FPV footage, please contact us, and we will can talk about how it can best fit your vision.

Social Rating
5.0
Based on 43 reviews

Mia Davis
22:21 19 Oct 22
Wonderful experience! Was super accommodating to our requests and easy to work with!

Spencer Houghton
12:38 17 Oct 22
JCL helped us out on a commercial project and we were very pleased with the results! Would definitely work with them again.

Drone Span LLC
21:25 15 Jul 22
Jacob is PHENOMENAL!!! Just finished a coaching session with him. Extremely Knowledgeable and Helpful. Best of the Best!

Thomas J
14:06 12 Jul 22
JCL/Jacob were great to work with, extremely responsive, on time, and delivered great work. Would recommend for any job type.

Daisy Maldonado
19:23 18 May 22
Had a great experience with Jacob! He made it a seamless process to chat through what I needed in drone aerial photos and site images as well! Highly recommended - the photos were perfect for what I needed!

Connaught Properties LLC
18:41 16 Feb 22
Used JCL Aerial Service for real estate photography. Exceeded expectations! Professional, prompt and great communication from Mr. Lewis. We were not present for the shoot and JCL followed instructions carefully and was patient with the weather. Recommend!

Rainey Scott
18:52 28 Oct 21
EXCELLENT SERVICE and product! JCL has done an outstanding job on two drone/still shot projects for us and we could not have asked for more. Jacob has been very professional to work with - from pricing and scheduling to editing and delivery. It's a pleasure to work with JCL - they're real professionals at every point.

Scott Wallace
12:08 02 Oct 21
Working with JCL Aerial was wonderful! The product is superior and Jacob is so easy to work with. Great communication, flexible scheduling, and great videos and pictures of our project. I can't wait to work with him again!

Elisa Pokral
15:28 04 Aug 21
I explained the types of photos I was looking for and Jacob did a wonderful job capturing them. He was responsive, professional and the work was excellent. Those photos, are not only treasured photos of our family home, but will also be used in a variety of ways with business and projects that I have. Thank you JCL Aerial Services. Excellent job!

Guido G
15:06 31 Jul 21
Very happy with their service. I hired them remotely from NY, gave them some instructions and they really went above and beyond.I highly recommend them.

Maureen F
11:24 25 May 21
Friendly, responsive, and professional, I would highly recommend JCL for any drone photo needs you might have. After reaching out to numerous companies to no avail, JCL responded quickly and was able to meet all of our requests. (Our company had an anniversary project that we needed help with, and JCL absolutely delivered. All of the photos were fantastic!)

John Linnemeier
20:28 24 May 21
I wanted to shoot an "establishing shot" for a indie movie I'm trying to put together. I tried doing it myself but it was shakey and the resolution wasn't sufficient. I emailed Jacob and he was right on it. The shots he did look great and the price was reasonable. Highly recommended.

Todd Dickerson
23:40 20 Apr 21
Jacob is a what you want in a professional drone pilot - competent and efficient, and a great aerial photographer. On top of that, you'll enjoy working with him. Hire him for your next project.

Kent and Lisa Lewis
21:07 17 Feb 21
We were in the market for an aerial photograph for our home and found exactly what we were looking for! This website is user friendly.

Thrasher Landscape
13:29 25 Jan 21
Jacob was very professional and responsive to our questions and needs and provided a well made video for our marketing needs.

Taulman Farms
13:59 18 Dec 20
Highly recommend! Jacob captured beautiful aerial footage and photos of our drive-thru Christmas lights Display. Professional quality, rapid turnaround, and great customer service. We will return to JCL Aerial Services for all future needs. Thank you for the time and effort you put into our project Jacob, it is much appreciated.

Dwellings LLC
20:48 26 Oct 20
Jacob is very easy to work with and truly delivers quality service and product. We have incorporated his aerial shots into our website, promotion videos and more! Highly recommend!

Katie Rutter
16:48 21 Aug 20
Highly recommend! I've hired JCL to capture drone footage for my own client video projects. Jacob is a true professional: he knows the equipment in and out, keeps tabs on all the regulations and most importantly, has the technical skill to capture great shots.

Katie Rutter
16:46 21 Aug 20
Highly recommend! I've hired JCL to capture drone footage for my own client video projects. Jacob is a true professional: he knows the equipment in and out, keeps tabs on all the regulations and most importantly, has the technical skill to capture great shots.

Wes Lasher
17:38 19 Aug 20
I have worked with Jacob several times with video projects for my clients. He was great to work with and a total professional. And the results were stunning. I would recommend him to anyone needing aerial photos or video!

Wayne Allbright
14:47 22 Jun 20
Jacob did a fabulous job photographing the obstacle course at our ranch!

Heidi Brown
15:58 10 Mar 20
JCL Aerial did amazing work for our company. The quality of work was above and beyond what we asked for. Jacob is a professional at what he does and dealt with our employees and customers with respect. I would recommend this company and the workmanship of his work is excellent.

Rollie Mason
15:33 10 Mar 20
Extremely professional and easy to work with. We ordered an aerial inspection and had the pictures within a few hours of completion. The pictures were high resolution and very detailed. Highly recommend their services.

Marla Hudson
13:11 13 Dec 19
Great to work with, excellent quality photos. Definitely would recommend to anyone wanting an aerial photo.

Elisa Duncan
22:40 22 Nov 19
Innovative and creative, we are excited to utilize our Drone film of our Self Storage Facility! The owner, Jacob Lewis is fun to work with and offered many suggestions above and beyond what he was paid to do. We have already recommended JCL Aerial Service to other business owners in the area.

Elisa Duncan
22:36 22 Nov 19
Jacob, the owner of JCL Aerial Services is very skilled at his profession. He made several important suggestions for our Self Storage Facility. We are excited to utilize the Drone film he created. Jacob is kind, and fun to work with. It was a pleasure and we have already referred other business owners to him.

Michael Welsh
16:03 22 Nov 19
I was greatly pleased with the video photography and pursuit of my somewhat difficult request to incorporate just the correct accompanying music for me.

Avison Young Indiana
20:31 29 Oct 19
To say Jacob goes above and beyond is an understatement! The quick turnaround time and collaboration makes JCL Aerial Services a vital partner for marketing our listings.

Mark Bishton
10:35 19 May 19
I've used Jacob's fine services twice now to help me inspect difficult to access roofs. His very professional work has been a valuable asset to me and my building inspection clients and it is a pleasure having him on my team.

Derek Wells
19:25 15 Mar 19
Used JCL for an online promotional video for our company. Quality was great and Jacob was awesome to work with. We'll be using his services again in the near future! Highly Recommend!

Josh Norris
19:31 28 Jan 19
Jacob did a great job for our project. Was quick in responding to us and completing the work. Would recommend to anyone.

Andrew Toohill
12:55 28 Jun 18
From start to finish, JCL took care of us and listened carefully to make sure they captured the footage we needed with excellence. Will definitely be using them again.

Andrew Toohill
14:08 26 Jun 18
We are very happy with the footage that JCL Aerial Services provided us for one of our local roofing clients. Jacob was friendly, attentive to detail, prompt to communicate, and definitely knows his stuff when it comes to operating the drone. We'll definitely be using his services again!

Josh David
18:31 12 Jun 18
If you require aerial video or photography services, look no further! Jacob is really great to work with, listens to client needs, and helps to create a finished product that is highly professional. I definitely would recommend JCL Aerial Services to help capture a unique perspective for your special occasion, business, or event.

Allyson Triplett
18:30 12 Jun 18
If you require aerial video or photography services, look no further! Jacob is really great to work with, listens to client needs, and helps to create a finished product that is highly professional. I definitely would recommend JCL Aerial Services to help capture a unique perspective for your special occasion, business, or event.
schedule a consultation

Time to get to work! #construction #dronephotograp

Flying the DJI Avata as fast as I dare! They say t

Looking for a new way to highlight a luxury real e

“There's a sunrise and a sunset every single day

Ready to get started?

Fill out the form and we will get in touch with you shortly.